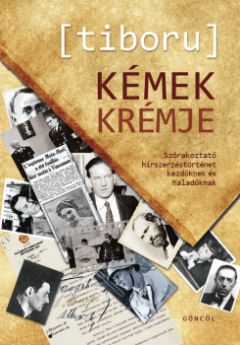 Iran has consistently denied any interest in a nuclear weapons programme, insisting its nuclear programme is for power generation and scientific research only. Middle Eastern governments are not persuaded by these claims, and the behaviour of Iranian President Mahmoud Ahmadinejad contributes to regional leaders' perceptions that they must achieve some sort of parity.

In response, Middle East states have been exploring their nuclear options over the last few months and the arms race resulting from Iran's nuclear programme would destabilise the region.

There are several reasons why a state may pursue a nuclear weapons programme. These include survival, deterrence, prestige, security, autonomy and superpower status. All are applicable in the Iranian case. Survival can be seen in the context of the 1980-1988 Iran-Iraq War. In particular, statements at the time and documents revealed later show that continued existence was a concern for the revolutionary state's new leaders.

Deterrence is also applicable given fear of an attack by Saddam Hussein and the perceived need to dissuade a hostile Taliban leadership. The US-led invasion of Afghanistan in late 2001 and Iraq in early 2003 eliminated these immediate threats to the Islamic Republic.

From the Iranian perspective, however, the country faces an even greater threat today from the encircling US. Iranian leaders may believe that having nuclear weapons would discourage an attack by the US or its ally, Israel.

Prestige also features in its calculations, seen when Iran demanded a capability similar to that of the Pakistanis after they tested five nuclear devices in May 1998. Iran believes it should have similar capabilities to India and Pakistan. Recognition as a regional leader should also be viewed in this context.

Just a few years ago, senior military officers and diplomats from the Middle East believed that Iranian nuclear weapons would contribute to regional stability by balancing Israeli and US capabilities.

However, the arrival of a more aggressive generation of Iranian political leaders, personified in Ahmadinejad, and the threat of a Shia-Sunni conflict have led to fears that the Islamic Republic has offensive intentions. This has, in turn, increased the possible threat from an Iranian nuclear weapons programme owing to a shift in perceptions in the region.

Likely effects of such a development could include a regional arms race, a more assertive Iran and offensive action by Israel, all of which could greatly destabilise the region.

Indeed, a Middle East nuclear race is already under way. In a January interview, Jordan's King Abdallah said: "The rules have changed on the nuclear subject throughout the whole region. Where I think Jordan was saying: 'we would like to have a nuclear-free zone in the area' after this summer everybody is going for nuclear programmes."

King Abdallah said Egypt and the members of the Gulf Co-operation Council (GCC), which includes Bahrain, Kuwait, Oman, Qatar, Saudi Arabia and the United Arab Emirates, are interested in having nuclear programmes and Jordan is considering nuclear energy for power generation. Other Middle East states exploring nuclear options include Syria, Turkey and Yemen, as well as several North African countries.

These ambitions have come to the fore in reaction to International Atomic Energy Agency (IAEA) revelations in 2006 of the links between the Iranian military and what Iranian officials described as a peaceful nuclear programme. The opacity of the Iranian political system and involvement of the ideologically motivated Islamic Revolutionary Guards Corps in the nuclear programme do not inspire confidence.

Numerous Middle East states have consequently contacted the IAEA to explore their nuclear options and an IAEA team travelled to Saudi Arabia in May 2007 to advise GCC members on the construction of nuclear energy facilities.

There have been suspicions for some time that Egypt, Saudi Arabia and Syria have looked into acquiring nuclear weapons. One study for the US Army War College asserts that Saudi Arabia may have tried to purchase a weapon from Pakistan in the 1990s. The study adds that Egypt has been linked with Libya in the exchange of North Korean weapons and scientists and in 2005 the IAEA reported that undeclared activities took place at the Inshas Nuclear Centre near Cairo. Syria has a limited nuclear research infrastructure, but in 2001 the US National Intelligence Council expressed concern about the country's intentions, especially given its close ties to Iran.

It is reasonable to assume that if one of these states acquires a nuclear weapon, its neighbours, particularly those not already aligned with a nuclear power, will seek parity.

A regional arms race could be destabilising for several reasons. First and foremost, there would be a greater temptation to use the threat of force rather than diplomacy to resolve regional disputes.

Further, a nuclear-armed Iran could encourage Tehran to take action appropriate to its perceived role as leader of the Shia world and could, for example, resort to coercive diplomacy to protect the Shia minority in Saudi Arabia. In the US Army War College's quarterly Parameters journal in 2004, National Defence University Professor Rick Russell also notes that a nuclear Iran might have greater confidence and would therefore support groups such as the Palestinian Islamic Jihad and Hamas more openly, believing that its arsenal would discourage retaliatory measures. In the Persian Gulf region, Iran has previously encouraged Bahraini, Kuwaiti, and Saudi militants, so it may take similar steps in these cases.

Such an outcome would also provide further rationale for Israel, contrary to Iran's calculations, to take action against the Islamic Republic. The Arab states', and possibly Iran's, nuclear efforts were in fact a reaction to the Israeli nuclear programme that got under way in the 1950s. Israel is believed to have developed a nuclear weapon by the late 1960s, but Israeli officials maintain a position of strategic ambiguity and claim Israel will not be the first to introduce nuclear weapons to the region.

Yet, should it perceive its nuclear superiority challenged by the Iranian programme, Israel could take pre-emptive or preventative action against leaders in the Iranian nuclear community as it did in the 1950s by assassinating German scientists working on the Egyptian missile programme. If done with sufficient discretion, this is unlikely to have any regional impact. Indeed, there are Iranian suspicions that the January death of Iranian nuclear scientist Ardeshir Hassanpour by gas poisoning was an assassination.

Alternatively, if Iran were to become more threatening in its capabilities and customers, Israel could launch air strikes against Iranian nuclear facilities, such as the reactor in southwestern Bushehr, as it did in 1981 against Iraq's Osirak nuclear facility. Middle Eastern governments, even those without care for the Iranian regime who may silently rejoice, would almost certainly succumb to public sentiment and condemn Israel in international fora. They may even take steps to isolate Israel internationally. Iran, meanwhile, may retaliate with its ballistic missiles or by encouraging Hizbullah, Hamas and Shias in Iraq to act against Israeli, US and UK targets.

The third option of an Israeli nuclear strike will depend on many factors including the feasibility of military action and the severity of the threat. Israeli decision makers are only likely to make the country's armed status clear if they believe that this is the only way they could deter Iran, or, and this may be more likely, they are trying to make clear to the international community that an Iranian nuclear strike would lead to Israeli nuclear retaliation.

This option would only be defensible if Iran was on the verge of nuclear break out, possibly following a test. In the unlikely event that Israel takes such a step, it would almost certainly suffer massive conventional retaliation from non-nuclear states, sparking a regional conflict.

The Iranian programme, therefore, should it be developed, could act as a balance to Israel's current programme. However, its successful completion would also encourage a regional nuclear arms race.

Moreover, the state of Iran's nuclear programme, as yet not fully developed, greatly increases the possibility of an Israeli pre-emptive strike, a clear example of the stage of a nuclear programme impacting upon its effect on regional stability. Such an outcome would be gravely destabilising for the Middle East."
Válasz erre

"...the state of Iran's nuclear programme, (...), greatly increases the possibility of an Israeli pre-emptive strike (...)"